The Trials of Bukola Saraki 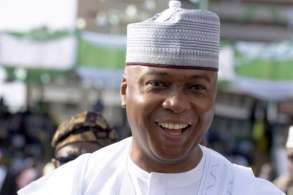 It was a day of joy and relief for the camp of the Nigerian Senate President, Dr. Bukola Saraki, on Wednesday June 14, as the Code of Conduct Tribunal (CCT) ruled in his favor, discharging and acquitting him of any charges. The office of the Attorney General (AG) of Nigeria had in September 2015, filed an 18-count charge against Saraki before the CCT, accusing him of false and anticipatory declaration of assets and operating foreign bank accounts as a public servant.

The Code of Conduct Bureau is empowered by the CCB Act to “establish and maintain a high standard of morality in the conduct of government business and to ensure that the actions and behavior of public officers conform to the highest standards of public morality and accountability”. The functions of the CCB include “receiving, examining and taking custody” of asset declarations by Nigerian public officials.

As such, where there are issues around asset declaration by public officials, the CCB is empowered accordingly and the AG’s office was not out of line in filing this case.

First, a timeline of events…

May 29, 2011      Elected to the National Assembly as Senator representing Kwara Central

Saraki challenges jurisdiction of the CCT, files for stay of proceedings and termination of trial at High Court (filed thrice), Court of Appeal, Supreme Court

The facts we know

All Progressives Congress (APC) is the ruling political party in Nigeria, having won the 2015 elections, putting an end to 16 years of Peoples Democratic Party (PDP) at the helm of affairs. The Senate President, Bukola Saraki, is a card-carrying member of the APC.

An APC led government filed a corruption case against a top APC official, within 4 months of assuming power.

In September 2015, there was no Attorney General of the Federation as President Buhari was yet to appoint cabinet members. Ministers (including the current Attorney General and Minister of Justice, Abubakar Malami) were officially appointed/assigned in November 2015, six long months after the President assumed office.

The initial 13-count charge filed from the office of the Attorney General was prepared by the Deputy Director, M.S Hassan.

Saraki declared assets worth N10 billion to the CCB when elected executive Governor of Kwara State in 2003. His assets then included cash, real estate and stocks. He also declared his assets to the CCB in 2007 and 2011.

Questions for the gods

Why on earth will an APC led Federal Government file a criminal case against one of its high-ranking office holders, barely 4 months into their tenure? Typically, would this not have been treated as a “family affair” as is common with internal party squabbles? What was different?

Why did the office of the Attorney General (suddenly) decide in 2015 to revisit asset declarations that were done between 2003 and 2011, about 4 to 12 years after the fact? There is no publicly known query to the asset declarations done by Saraki in 2003, 2007, 2011. What was different about 2015 that triggered dusting up old papers?

Recall that Saraki became President of the 8th Senate in June 2015, after being voted in unanimously by 57 senators, in the absence of most APC senators. Nigerians will vividly remember the political drama that ensued that day. 51 APC senators had left the chambers of the National Assembly to attend a truce meeting allegedly set up by the party leadership at the International Conference Center, Abuja. The party preferred candidate at the time was Senator Ahmed Lawan representing Yobe South district. It was easy to conclude that Saraki might have played Maradona on his party leaders! Was this the trigger?

Who instructed the DD, CCB to file charges? Was it an action item from years of review and investigation or was there external political influence?

Did Saraki falsely declare assets before he got them? Did he operate foreign bank accounts while serving the nation? We know from the ruling of the Supreme Court that there was no proven truth beyond reasonable doubt. Regardless, what are the unproven truths? For example, what is the truth about when Saraki acquired the Ikoyi property (No. 15A & B, Macdonald road)? Were they bought in 2000 as declared or in 2006 when sold by the Implementation Committee on FG landed property?

As has become the norm with several occurrences within the Nigerian political sphere, we are witnessing another story with a beginning but without a definite end. For Saraki, it ended with the CCB’s ruling and acquittal. For Nigerians, it’s probably not so. How is it possible for the nation’s foremost anti-corruption agency (in the public service) to end up with a ‘no case’ ruling?  Was it deliberately sabotaged? The Federal Government was represented in court by Senior Advocates of Nigeria but they ended up with ‘no case’. Surely there is more to this than meets the eye.

Our questions will continue to linger, rumors and theories will loiter the political space, and one common saying will unfortunately prevail… the more you look, the less you see!