A President on leave: AWOL or ALLOWED ? 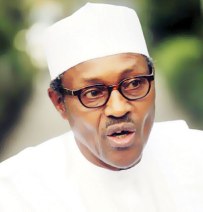 It’s no longer news that Nigeria’s President, Muhammadu Buhari, left the shores of the country on January 19, 2017, to commence a 10 day vacation in the United Kingdom.   There is nothing wrong with this as the President is entitled to annual vacation. The 2008 Public Service Rules specify a 30 day annual vacation for the highest grade level. These rules apply to the President as far as there is no inconsistency with the constitution. As is expected, President Buhari wrote the National Assembly, following due diligence, to hand over power to the Vice President in his absence. During his 10 days off, he planned to ‘undergo routine medical check ups’… almost typical of the average upper middle class Nigerian… leveraging their vacation abroad to conduct health checks. No prizes for guessing why this happens. He was due to resume February 6, 2017.

On the eve of the tenth day of his leave, the President communicated again to the National Assembly, extending his vacation “in order to complete and receive the results of a series of tests recommended by his doctors”. He did not specify how long this extension would last. Again, nothing particularly wrong here. Due process was followed and his vacation duration has not exceeded the annual allowance.

Let’s work this backward a little bit. To resume on Monday February 6, after 10 working days off-work, means the first day of vacation should be Monday January 23. His letter to the National Assembly also corroborates this. However, what was the effective start date of his 10 day vacation?

A quick look at section 145 of the constitution which was referenced in his communication to the National Assembly – “Whenever the President transmits to the President of the Senate and the Speaker of the House of Representatives a written declaration that he is proceeding on vacation… until he transmits to them a written declaration to the contrary such functions shall be discharged by the Vice-President as Acting President.”

When did he transmit to the National Assembly? January 19. Has he issued a written declaration to the contrary? No. So may we infer that according to law, the President’s functions were transferred to the Vice President on January 19, hence his vacation commenced same day and by same inference, his original vacation duration was 12 working days and not 10 days as widely publicized? Did our incorruptible President tell an inadvertent lie?

The interesting thing is that this is not the first time Nigeria is being thrown into a moment of uncertainty regarding the whereabouts and state of the President.

In the early hours of January 15, 1966, Nigeria’s Prime Minister, was abducted from his residence by coup plotters and led away to an unknown destination. For 5 days, no one knew the state or location of the Prime Minister. Within this period, the coup attempt had fallen through with Major General Aguiyi-Ironsi taking over leadership after some form of ‘agreement’ with the Council of Ministers, so there really was no lacuna at the top administratively… but the whereabouts of the Prime Minister remained uncertain. Unfortunately, he was discovered dead in some bush along the Lagos – Abeokuta road.

Similarly, in July of the same year, Nigeria witnessed the infamous 1966 counter coup. The plotters arrested the then Head of State, and led him away similar to the January occurrence. Several days after, the state and location of the Head of State was unknown, despite the fact that a semblance of leadership had assumed the seat of power. You may argue again that there was no real vacuum in leadership but there was uncertainty about the erstwhile leader.

Fast forward to November 2009 when the serving President was flown out of country urgently for medical treatment. This case is peculiar as it presented both public uncertainty and a lacuna in leadership. For over 2 months, his status was shrouded in some form of secrecy leaving Nigeria to drift in stormy waters like a rudderless ship. His omission to formally write the National Assembly and transfer the duties of leadership left Nigeria in the hands of a corrupt and treasury looting cabal. Unfortunately, it took his death for uncertainty to give way. With the eventual intervention of the Nigeria Bar Association, Supreme Court and the Senate’s ‘doctrine of necessity’, power was transferred to the Vice President in a bid to set the nation on the right path.

Today, there are still similarities. With the President transferring power legally to his Vice, he commendably averted a leadership void. However, there are quite a few uncertainties. What is the true status of our President, beyond being ‘hale and hearty’? Besides being located at Abuja house in London, where is his true location? Is he more in the hospital, taking pictures only at convenient moments or are those just rumors and imaginations? Did he request and announce a 10 day vacation when it was actually 12 working days? Is he entitled to 30 calendar days or 30 working days of leave or an unlimited duration? 30 calendar days was exhausted February 19. 30 working days will be exhausted March 1.  So.. is this really ‘annual leave’ or  ‘sick leave’? How long is a serving President allowed to be away from duties before we are forced to ask whether he remains capable of resuming work to discharge his duties?

The clock is ticking, the opposition is raging, the world is watching. Will the political class join hands to intervene (like the doctrine of necessity) or insist on strict observance to extant laws regulating how long a public servant can be away from work? Time will tell and history may just be the best guide to answering these questions.